Pump Marvel is a pump that uses pressure from a garden hose rather than electricity to pump water. While not intended to outperform the speed of electric submersible pumps, Pump Marvel is great in situations where you can’t use electricity (Pump Marvel recently saved one person’s basement from flooding when the power was out and the sump pump wasn’t running), or in areas where, for safety reasons, your prefer not to mix water and electricity, such as draining hot tubs and taking the water off of winter pool covers.

Pump Marvel includes a 12’ expandable 1 ¼” (sump pump) discharge hose that is much easier to store than traditional hoses. Pump Marvel will also accept a 1 ½ pool hose.

Pump Marvel works on the Venturi effect, which creates a vacuum. Every gallon of fresh water that enters Pump Marvel will suck up as much as 3 additional gallons from the vessel being drained, and eject 4 gallons out of the discharge hose.

Pump Marvel is not a siphon, it is a true pump.
• It doesn’t lose its prime.
• It can lift water up to 20’ high.
• When draining a spa or hot tub, Pump Marvel drains 13 times faster than siphoning or draining with a garden hose.

Pump Marvel outperforms traditional submersible pumps in several ways:
• It drains water down to 1/8”, so you don’t have to worry about manually removing the other 2”-3” that a submersible pump leaves behind. No more getting into your hot tub to bail out the last few inches of water left behind after draining.
• It won’t burn out if run dry.
• Has no moving parts to wear out.
• Made of high strength PVC, Pump Marvel is virtually indestructible and will last forever.
• If there is debris in the water that is being drained, i.e. leaves in the water on the top of a pool cover, the debris will not block the intake as long as Pump Marvel is positioned flat on the bottom, a feat that can be easily managed by one person by using a standard pool pole that attaches to the top of Pump Marvel. Traditional submersible pumps have an intake screen that can rapidly become clogged with small debris, causing the pump to quit working and even burn out.
• Pump Marvel is great in situations where there is shallow water to move. For example, if you had a leak in a basement, Pump Marvel can keep the water at bay leaving a little as 1/8” behind. Without Pump Marvel you would need to use a Shop Vac and continually be vacuuming water up until the source of the leak was stopped. The benefit of Pump Marvel is that you can turn it on and leave it alone, freeing you up to do other things (like find the source of the leak).
• Pump Marvel doesn’t require electricity. If the power goes out then your sump pump doesn’t run. To prevent a flooded basement, use Pump Marvel.
• Are you in the pool or spa service business? Pump Marvel is great for getting the last few inches of water out of an above ground pool when you are installing a new liner. And if you arrive at a service call to find that there is no electricity available to run your pump and the homeowner is not at home, use Pump Marvel to complete the job so that you don’t have to reschedule.
• In many applications, such as removing water from a pool cover or draining a spa, Pump Marvel is safer than an electric pump because you are not mixing electricity with water.

Call or visit our showroom

A professional will evaluate your space 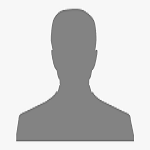 Is a Fence Required?

We recommend that you check with your local building/by-law department for any restrictions or requirements.

Since all Hydropool Swim Spas are available with a locking safety hardcover that prevents children, pets and unwanted visitors from entering, and taking into account that there is less than 4 feet of water, some municipalities may not require a fence.

Hydropool hot tubs and swim spas are engineered to be the most energy efficient in the world. See Catalog for specific HydroGuide on each Swim Spa.

What Maintenance is Required?

Like any pool or hot tub, the Hydropool Swim Spa will require the addition of chemicals to kill bacteria and balance the water chemistry. It will contain about 1/10 of the water found in an average pool and therefore considerably fewer chemicals are required. Hydropool employs an inline automatic chemical dispenser that works in conjunction with the pressure-side 75 square foot cartridge filter to make water care simple.

In addition, we recommend the optional ozonator, which is designed to reduce the addition of chemicals while also making the water soft and gentle on the skin. In an outdoor setting, the inclusion of the optional hardcover will keep airborne debris from entering the water while maintaining the set temperature. In the event where dirt settles on the bottom, the jet action of the Swim Spa will usually stir the debris so that it is removed by the surface skimmer.

Regular rinsing of the filter with a hose or in a wash basin will keep the pool water clean and extend the life of the filter.

For those customers who do not plan on using the Swim Spa during the winter months, it can be easily prepared for the winter by simply draining the water, removing the plugs from the pump(s), filter and heater, adding some antifreeze to suspect areas and covering the pool with the safety hardcover and a protective sheet of plastic. Where a proper concrete pad/foundation has not been installed, further consultation with your Hydropool representative will be required.